MapMint was presented this Tuesday in a workhop at FOSS4G-Asia. Gerald Fenoy shows some of MapMint features such as publish web service and produce map applications by using an administration interface without any complex lines of code. This project is built on top of MapServer (using a modified version), MapCache, Zoo Projects (WPS), OpenLayers, JQuery and GDAL-OGR. 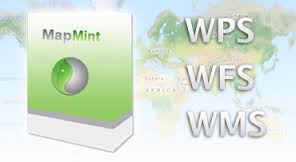 It can be used for importing and converting data using a web interface on top of GDAL and OGR, create style by generating a MapServer mapfile from a QGIS style menu, publish an HTML map template of specific layers in OpenLayers and add privileges access as needed. MapMint has specific modules in its Dashboard, such as: Data (define type,  convert, reproject and support 50+ GDAL/OGR formats), Maps (manage layers by drag and drop, layer order, save mapfile) and Apps (template, style, add base maps), but most of the process in this modules are managed by Zoo projects. The source code can be found on github: as the community version of the project. MapMint is also offered as a professional, enterprise and cloud package service.