This is major news. The open source OpenLayers library is one of the most widely used web mapping software. After a complete overhaul of the venerable 2.x branch, OpenLayers 3.0 has been released.

From the announcement: “This release includes a ton of new features such as an easier to use API as well as improved vector rendering and image manipulation. […]

While the new official website is much nicer and modern, I expect more content (e.g. documentation) in the future. 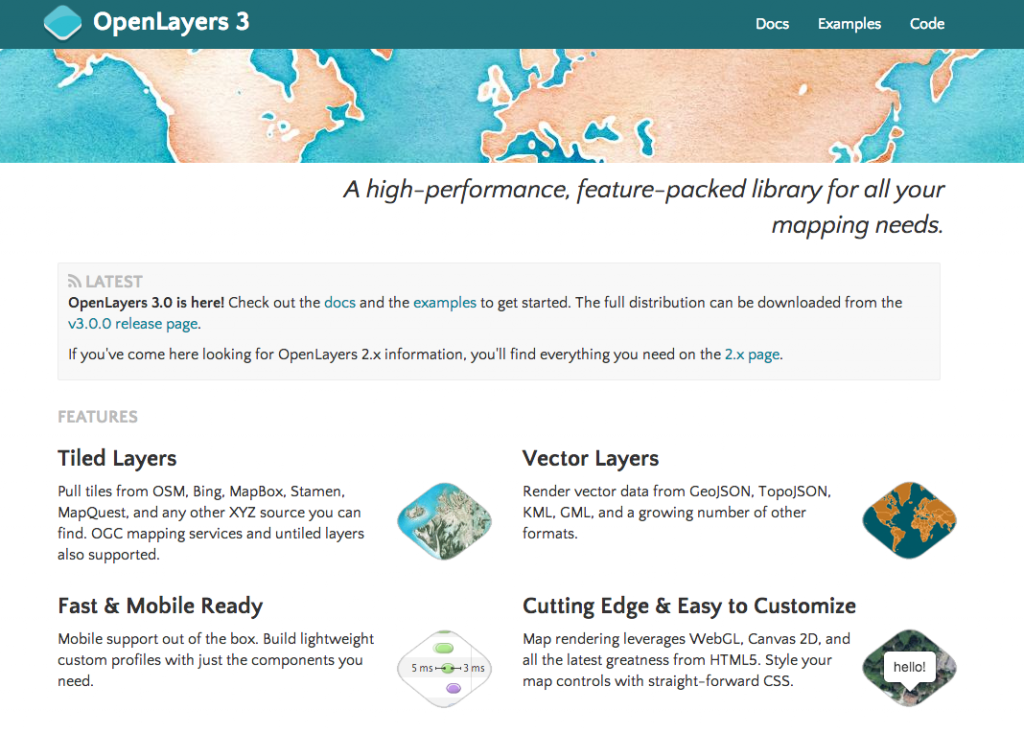