The project that initially emerged from Autodesk and became MapGuide Open Source just released its version 2.4.

I haven't found a summary of the changes so far. There seems to be numerous improvements to MapGuide OS's core, to Fusion Tools and FDO. Here's what looks like their list of major new items:

My main question when MapGuide Open Source comes to my mind: what's the status of its adoption? I had a lot of hopes for it when Autodesk made MapGuide open source along with providing the financial support for OSGeo's birth, but it seems like MapGuide does not get much love nowadays, at least not as much as competing solutions like GeoServer and MapServer. Any comments?

END_OF_DOCUMENT_TOKEN_TO_BE_REPLACED

rk October 4 Comments Off on OpenGeo Suite 3.0 is Out!

Newest version of the OpenGeo Suite has just been released and it comes with the following goodies.

END_OF_DOCUMENT_TOKEN_TO_BE_REPLACED

Almost a week ago, one of the most popular web mapping server engine has been updated, GeoServer 2.2 has been released. As they wrote: "The release of a new major version update is a big deal (the last one was over 16 months ago) [...]", here's some of the highlights, follow to link to get the full overview!

And much much more...

END_OF_DOCUMENT_TOKEN_TO_BE_REPLACED

moovida September 20 Comments Off on Geopaparazzi 3.2.0 is out

A new version of Geopaparazzi is out in the market: 3.2.0 (or at least it should be soon, lately google play takes some time to get in sync)

Read more about it here. 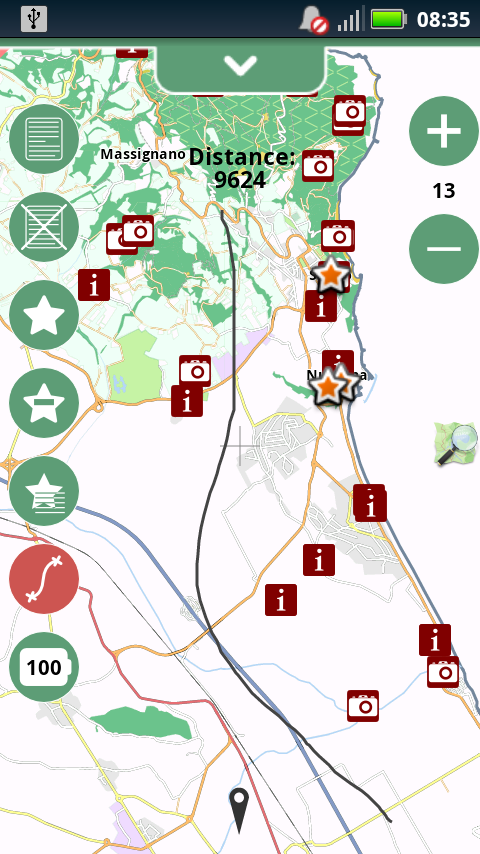 END_OF_DOCUMENT_TOKEN_TO_BE_REPLACED

From the open source / data front:

From the Microsoft front:

END_OF_DOCUMENT_TOKEN_TO_BE_REPLACED

I had to investigate OGC's WCS standard and in the process I learned about Rasdaman, a geospatial radar data manager software which is apparently the only software that currently support WCS 2.0 both as a server and client. Rasdaman exists both in a commercial 'rasdaman enterprise' version and as open source with the 'rasdaman community' version. We never really mentioned rasdaman before.

The rasdaman community introduction: "Rasdaman extends standard relational database systems with the ability to store and retrieve multi-dimensional raster data ( arrays) of unlimited size through an  SQL-style query language. On such sensor, image, or statistics data appearing, e.g., in earth, space, and life science applications rasdaman allows to quickly set up array-intensive services which are distinguished by their flexibility, speed, and scalability.

Rasdaman is brought to you by the guys writing the geo raster standards, including  OGC WCS and  WCPS, the OGC raster query language. The petascope component of rasdaman provides service interfaces based on the  OGC  WCS,  WCPS,  WCS-T, and  WPS. For several of these, rasdaman will be reference implementation. Since April, rasdaman is available on the  OSGeo Live DVD. Rasdaman embeds itself smoothly into  PostgreSQL; further, a  GDAL rasdaman driver is available, and likewise a  MapServer integration (beta). A  PostGIS query language integration is under work, see our planning. EarthLook is a demonstration site showcasing rasdaman in a variety of 1-D to 4-D geo use cases."
END_OF_DOCUMENT_TOKEN_TO_BE_REPLACED

END_OF_DOCUMENT_TOKEN_TO_BE_REPLACED

Batch Geonews: Shapefiles in Bing Maps, 80% of Data is Not Spatial?, In-Location Alliance, ArcGIS for AutoCAD 300, and much more

Satri September 7 Comments Off on Batch Geonews: Shapefiles in Bing Maps, 80% of Data is Not Spatial?, In-Location Alliance, ArcGIS for AutoCAD 300, and much more

This is my tentative to catch up the geonews since my mid-August holidays. Here they are! 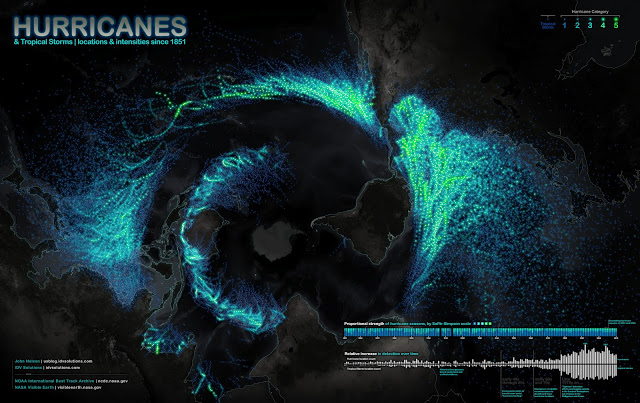 END_OF_DOCUMENT_TOKEN_TO_BE_REPLACED

From their aims and scope: "Geoscience Data Journal provides an Open Access platform where scientific data can be formally published, in a way that includes scientific peer-review. Thus the dataset creator attains full credit for their efforts, while also improving the scientific record, providing version control for the community and allowing major datasets to be fully described, cited and discovered. An online-only journal, GDJ publishes short data papers cross-linked to – and citing – datasets that have been deposited in approved data centres and awarded DOIs."

Their content description: "A data article describes a dataset, giving details of its collection, processing, file formats etc., but does not go into detail of any scientific analysis of the dataset or draw conclusions from that data. The data paper should allow the reader to understand the when, why and how the data was collected, and what the data is."

END_OF_DOCUMENT_TOKEN_TO_BE_REPLACED

Satri September 4 Comments Off on OpenGeoDa: An Introduction to Spatial Data Analysis

Via the OGD blog I learned about OpenGeoDa, an open source software program that serves as an introduction to spatial data analysis. The initial (closed) version was released in and they claim about 70,000 users. While we mentioned GeoDa before, it's really the first time we share about its existence with our users.

Here's what it is: "It is designed to implement techniques for exploratory spatial data analysis (ESDA) on lattice data (points and polygons). The free program provides a user friendly and graphical interface to methods of descriptive spatial data analysis, such as spatial autocorrelation statistics, as well as basic spatial regression functionality. The latest version contains several new features such as a cartogram, a refined map movie, parallel coordinate plot, 3D visualization, conditional plots (and maps) and spatial regression." 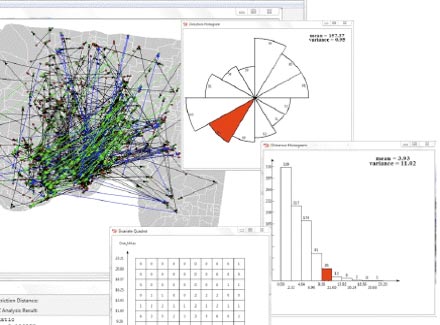